We set up a Mac for people to write there darkest (not so secret) secrets on. The movements were recorded and sent to another Mac near the projector. This was running the projection app which randomly picked the secrets and drew them back out on the big screen. It made a few people laugh. 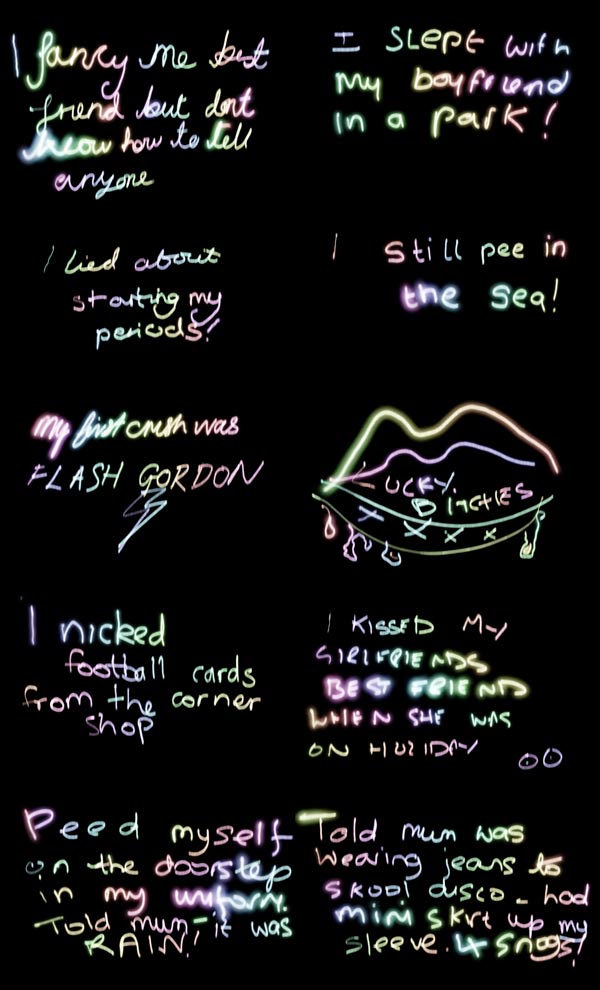