I had a great day on Friday at MadLab with Palmerama, Mr Baldry , Matt Booth and Chris Wilson getting to grips with a bit of Arduino programming. It mostly involved switching LED’s on and off, but it was a simple way to learn how to use the Arduino hardware. Some of us were hoping to get Flash talking to the hardware by the end of the workshop, but we ran out of time. So I had a mess about with it today. 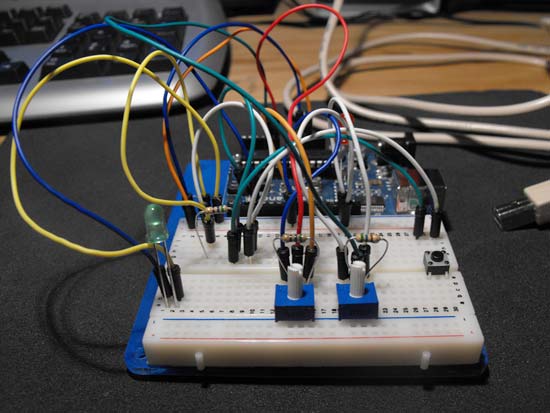